How to hit your goals every time, all the time 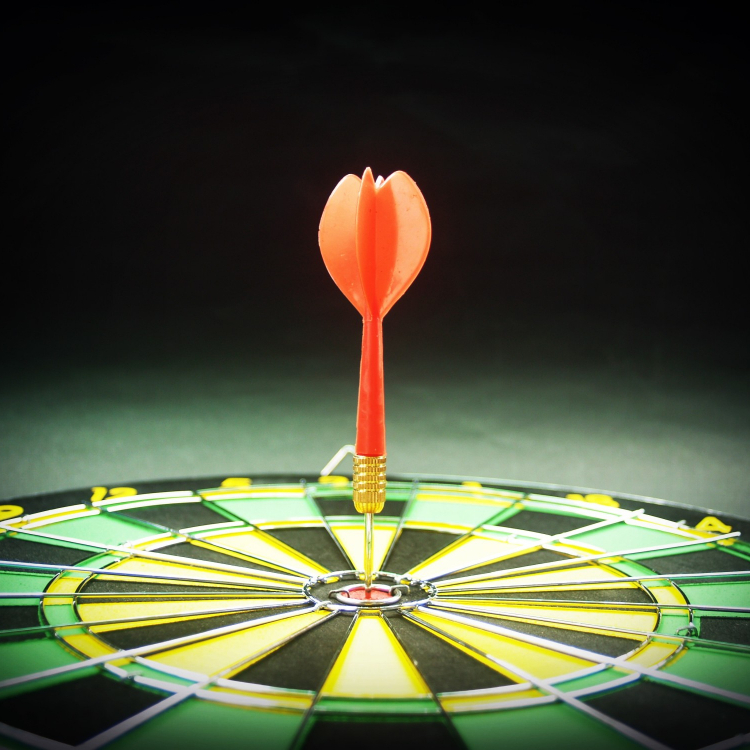 Many people set goals and I’m sure that you at some point in your life, you have actually set either personal goals or got involved in your organisational goal. Some people love to set stretch goals or BHAGs (also known as Big Hairy Audacious Goals). But honestly, how many actually achieve them?

In my work with people and teams, goal setting is NOT an issue, goal attainment is.

The big question is: “How can I ensure that I hit my goals consistently?”

I’m going to share with you a simple strategy. In fact, it is going to be so simple that you could just laugh at it and ignore it. However, I know it works, since it has worked with many of my clients and I’m sure it will work for you. IF you just promise to do it.

Make it easy to hit goals

Rather than make it difficult for a person to hit their goals, I propose that you make it easy for them. In fact, make it so easy that they only need to do some things to easily reach their goal.

Once a person finds it easy to achieve, you move that goal slightly further and ask the person to do another simple thing. Once this next task is accomplished easily, you move to another goal that takes a little more effort.

The whole idea behind this is to make goals PROGRESSIVE. When you give goals to a group of people that do not have a good track record of achieving their own goals, you actually do more harm than doing good.

You actually want them to set goals that they just need simple action steps to get it. And then progressively move towards another simple goal. When people start taking action steps to change, they realise that simple steps are actually easy to take, compared to stretch goals. Anyone can take a small baby step, but not many people are willing to take big steps.

Change happens when you hit goals

When a person gets into the habit of doing things, they start to realise that the simple steps they took were really very easy to do. They will want a bigger challenge and that’s where you move them up to another level. Progression is the key word. You have to realise that the journey is as important as the destination as well.

The best part about this way of setting goals is that you reinforce the belief in a person that as long as they make effort and are willing to take steps ahead, they will definitely see results instantly.

The trick is to recognise that small changes are important in helping you make progression. So once they notice the small changes, they are more geared up to bigger changes.

You will notice that you will start believing that you can make changes. You actually reinforce your self-belief and confidence!

Long ago, if you ever asked me if I wanted to compete in a marathon, I would have told you that it was crazy! A marathon was 42.195km and required an average of at least 5-6 hours of constant running for the average runner.

But it all started when I wanted to just do well in annual my fitness test (which all Singaporean male were required to take). I do not usually run, but will train for it when my fitness test came. I was able to clear my 2.4km run without problems. So, a friend just challenged me and asked if I could do a 5km run with her.

I agreed and found that 5km was just a little more. It required a little step forward since I was already able 2.4km. Once we were able to run 5km, the next little run we signed up for was 10km run.

10km was just all done easily and I felt that It was just a little stretch from 5km. Moreover, it just took me about 1hr to complete it. But since I already practised for the 5km before, the running mechanics are pretty much the same, it is just that I needed to hydrate more.

Once I completed the 10km competition, my friend then suggested the next one to be 21km. We trained for it and completed it within about 2.5hrs. Then that’s where as a group of friends, we signed up for the full marathon of 42.195km. It was not an easy run because I had to content with blisters, a knee that was busted and the intense searing heat of the sun. The marathon itself is another long story by itself, but I finally managed to complete it.

Could you believe that the time from my very first 2.4km run to the full marathon was actually just done in six months? If you were to ask me to run the marathon from the beginning and tell me that it’s a stretch goal, I would have just laughed at you.

However, because the goals were simple and progressive, it was really easy to accomplish it. Of course, every time I accomplished a simple goal, I ensured that I celebrated my win and this helps my morale high.

Don’t go for stretch goals or BHAGs (Big Hairy Audacious Goals), instead, make your goals achievable and progressive. Once you hit the small steps forward, just move the goal backwards and aim for the next one. As long as it is easy and within reach, you will surely find it a lot more exciting to reach the next level. There is a program that we conduct that has helped many people and organisations create and sustain the change they want.

Oh, celebrate every bit of achievement along the way.

Let me know what you think. I hope to hear from you.