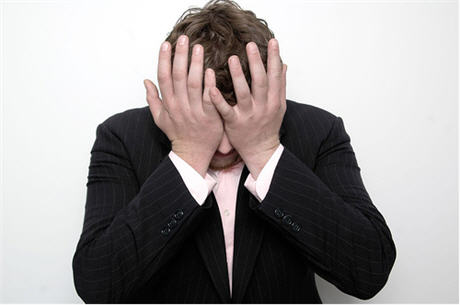 Honestly, I get pretty uptight whenever someone tells me something that I do not like to hear. My natural instinctive response is to get defensive or provoke back.

The good thing is that over time, I have learnt to exercise tremendous self control in that process. Being a public person with a small fan base, my actions are watched constantly by many people. Sometimes, not everyone agrees, while some even criticizes certain decisions that I have made.

How do you handle criticisms

When they are displayed before you with different intensities, ranging from mild assertions to stinging words thrown straight in your face or online?

I wish I can share with you a step by step process in handling criticisms, but it is not rocket science. It is more is an art where you will have to different techniques for different folks.

Some principles to bear in mind that has really helped me

1. Stop Being Defensive and Start Examining Myself

In all cases, criticism usually arises out of something that you did or didn’t do. The most difficult task is to separate the facts from the emotions. The next step is to objectively look at the results and ask how you played a part of it. For example, if you were criticised for making bad decisions that caused poor results, examine how you made it happened. This is because if you were to instantly be defensive, self evaluation will not occur at all.

A cognitive psychological tool called Johari window also states that everyone has a blind spot. This represents information that a person is not aware about themselves but others are aware of it. Therefore, it is imperative to listen what the criticism is and find out whether there is any truth in that statement.

Just recently, I was talking to a friend who criticised me for having ill intentions and not putting enough effort in my personal development. She mentioned that I was rather proud and not humble enough to say that I do not know. If you were to read my blog consistently, you will know that I place extreme emphasis in learning and development and also growing in my character and competence. Honestly, I was rather offended, in fact, for that particular minute, I was rather agitated. I clarified what I was doing (in an assertive way) and started to share an alternate view point of things.

Then I did something different.

I reached for my notebook and started writing the keywords that she said to me. I thanked her for her point of views and said that I will reflect on what she has said to me. Both of us immediately clammed down and started talking objectively again. I still look back at what she told me and am asking myself what I have been doing to be consistent in what I say. This self examination has helped me a lot in developing into a person of substance and character.

I am a fond believer that change does not usually happen at a cognitive level but usually happens at an emotional level. For example, even if you are overweight and know that you have to lose weight, you might not be doing anything significant about it. This is the cognitive level. However, when things happen at an emotional level, the results might be longer lasting. This means that when I feel something deep within my heart and I made a firm decision for change to happen, I tend to stick at it for a long time. I understand that change can be difficult, because you really have to do things differently from what you are comfortable with, but it is not impossible.

So, ask yourself the tough question what do you need to change? By not making a decision is also making a decision not to do anything. Change only comes in when you demonstrate the resolve and absolute desire to make it happen (and of course, take MASSIVE ACTION on it).

It is also good to thing about the good outcomes from the positive change in your life. Know that everything comes with a cost, even with change. So, discipline and intense resolution is required to make the change.

3. Understand that Criticism is inevitable

Criticism; whether it is given with true intentions or destructive in nature, are always inevitable. When Drew Barrymore gave a million dollars to the United Nations World Food Program to fight hunger, she was criticised for her actions.

Here are some questions to determine if criticism is helpful:

a.       Who said it? Sometimes harsh words from a wise man are better than the loving kisses of fools.

c.       What is the truth? I need to determine if what was true and how I should address it.

What happens when you feel that after much self examination, there is really nothing wrong with yourself? I know much people who will constantly grew angry and frustrated because of what other people said to them. They are not able to let go and move on in their lives.

I think that secure people can see that they are fallible and know what their weaknesses are. The good thing is that they make a conscious decision not to get bonded by the negativity and move ahead fresh. If you keep harping about the past, you will never be able to take on the new possibilities in your life.

John Maxwell in an article shares that “while we are growing up, a lot of us spend a good deal of time worrying about what the world thinks of us. By the time we reach 60, we realize the world wasn’t paying much attention.”

Who are your important critics?

Some of the best people that entered into my life were my critics, not friends. Treat criticisms with a certain respect, learn from it and then move on in your life.